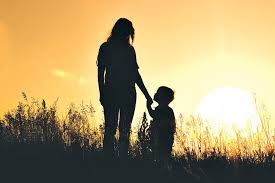 I’m a mum of two adorable, smart, beautiful little girls and these girls I thank my higher power that I have been able to identify my alcoholism and seek treatment whilst my girls are still young.

For as long as I can remember I’ve been a drinker, whether it was binge drinking on weekends, to eventually drinking wine every-night, one thing that extremely exacerbated my drinking was motherhood. Whilst this is in no way my children’s fault, it was part of my disease, but I have found the loneliness, isolation, stress, anxiety, boredom and exhaustion of motherhood pushed my drinking to the next level.

I am so incredibly proud of myself that I pretty much abstained from drinking during my pregnancies (won’t lie, I had a sneaky cab Sauvignon but only on a maximum of a week or fortnight. The reason for this is that I was petrified of giving my children Fetal Alcohol Syndrome. But the day my children were born, I had a red wine pretty much immediately.

So why did Motherhood Exacerbate my alcoholism?

I think because I wasn’t truly prepared for being a mum, I didn’t realise how lonely I was, and how highly strung the children had made me, that the only way for em to relax and unwind was to have wine. Because I have been a stay at home mum, I was able to have a drink earlier in the evening while I was making dinner, than when my husband came home I would offload the kids and lock myself away with my drink.

Because I was so desperate for my evening drink, I never scheduled activities for me in the evenings because I would prefer to be drinking. Eventually I started doing pilates in the evening, but all I would do would be to start my drinking later in the evening and hit it harder.

In hindsight, if I didn’t suffer from alcoholism and I had I sought treatment earlier I should have followed through with my intention which was to actually join a gym and start working on my physical health and wellbeing.

If my husband was interstate for work, I would also continue to drink, perhaps more than usual because I was even more lonely and isolated. However now when I reflect back on this, I put my girls in grave risk because if they had of been sick overnight, there was noway I could drive them to the hospital.

Also, it wasn’t until I got sober that I started to realise just how hungover and generally unwell I felt during the days after drinking the night before. I would find myself giving my children the iPads and whilst I was physically present, I wasn’t mentally present. In the past month, because I’m generally feeling healthier, I have noticed such a change in how much more present I am with my children.

Don’t get me wrong, I’m still in the very early stages of my recovery journey, but I am starting to see such a change in the way I feel overall as a wife, mother and woman. I have been told by so many ‘old timers’ that the longer my sobriety lasts, the better I will feel overall.